Workshop for beginners in R: advantages, installation and packages General-purpose languages are the most widely used by programmers all over the world because they allow the possibility of developing projects with different profiles. R is not one of these. It is a syntax that is used for handling large volumes of data, normally of a statistical kind, and with a single objective: to display them so they can be understood. Even so, it has become increasingly popular.

Why has R become such an interesting option?

R is a language with a steep learning curve, but which is very robust and effective for handling statistical data. This is an object-oriented language, very similar to the syntaxes C and C++. For developers who are expert in these languages, it may be simple. R is also a programming language that's constantly evolving, and for which there is ample documentation available.

When a programmer handles very high volumes of data, a large part of his or her time is spent preparing the information for display before any conclusions can be drawn from it. With R, this preparation is relatively simple, largely because it automates a number of processes by programming scripts.

3. R works with any file type.

R is very flexible, and can work with data from all file types: a .txt, un .csv, a JSON or an EXCEL…

4. It manages large volumes of data.

R is a language that allows the implementation of additional packages, which gives it an enormous capacity for data management. In large volume projects, scalability is a key element.

If you're a programmer and you want to start using R, this is an important point. There are no limitations. The code is in the repository of any collaborative development platform like GitHub, or on developers' forums like Stackoverflow. There are additional libraries and packages to develop special projects, whose code can be modified according to your liking in order to implement new functionalities. And all for free.

6. Visualizations: Who's going to understand if there are no graphics?

If there's anything that defines R, it's its capacity for displaying complex information in a simple way. All developers have libraries specializing in data visualization to create graphics.

How can I begin to use R to work with data?

To install R in your computer, go to the CRAN project (Comprehensive R Archive Network) and download the .exe for Linux, Mac OS X or Windows. Once you've done that, follow the usual process for any program or web application installed in an operating system:

– Run the .exe file. If this is the first time you're installing R in your computer, you'll have no problem. If you have an earlier version of R installed in your computer, the best idea is to uninstall it first.

– After choosing the language, the user goes through the installation process on a series of different screens.

– You need to choose a folder to store R.

– There are two types of installation: user (standard) or full.

CRAN has a full list of R packages in alphabetical order. You'll find source code and documentation. Each package also includes information on its functionalities.

Like any other syntax, a developer must use an integrated development environment (IDE) to program a project. In the case of R, one of the most commonly used is RStudio. This IDE has a console and a text editor, with some features like syntax highlighting, error debugger, code auto-complete, advanced work directory manager and more.

What are the best libraries for R?

– plyr: This R package allows operations to be made in the subgroups of a large dataset. It has different functions for operating with these data: ddply, daply, dlply, adply and ldply. How can you begin to work with it?

– Installation: use the function install.packages (“plyr”).

– Load the library: use the command library (“plyr”).

– How to apply operations within a dataset included within the plyr package in R: We can use statistical data on baseball players data (baseball) and begin to operate with them to find out –for example– a player's minimum and maximum games per year: – reshape2: This R package transforms data between wide and long formats. It's based on two key functions: melt and cast. Melt takes wide-format data and melts it into long-format data. The cast function does the same in reverse.

Wide-format data have one column for each variable. The long format has one column for each type of variable and another for the values of these variables. With the reshape2 package functions you can easily transform a dataset from one format to the other. Practical case.

Other R packages for data handling: lubridate and stringr.

– ggplot2: This is a package that provides R with everything it needs to create graphics in an accessible way. It's a really powerful library: It allows all types of visualizations (bars, points, lines, areas and more); and it has a system of coordinates for making map graphics and scales. ggplot2 can be combined with other libraries to create data trends, for example. ggplot2 is not part of R's standard installation package, so you need to download it and specifically include it. Once downloaded, there are two functions for installing and executing:

– install.packages (“ggplot2”) function to install it.

– And we use the library function (“ggplot2”) to load it.

The R package ggplot2 depends on other packages that must also be downloaded and installed such as ‘itertools’, ‘iterators’, ‘reshape’, ‘proto’, ‘plyr’, ‘RColorBrewer’, ’digest’ and ‘colorspace’.

– rgl: Package for the creation of 3D graphics in real-time. It uses an OpenGL rendering backend (Open Graphics Library, a standard specification that defines a set of functions for writing data visualization applications). – randomforest: This is classification method that uses decision trees (a standard machine learning technique) applied to large volumes of data. It can be used for both supervised and unsupervised learning.

This method has some important features:

– It is efficient in large databases.

– It enables the management of thousands of input variables without the need to delete any variables.

– The decision trees created in one project can be used for other datasets in the future.

– It has a function for estimating missing data. This allows the method to maintain its accuracy, even when there is no access to certain data. 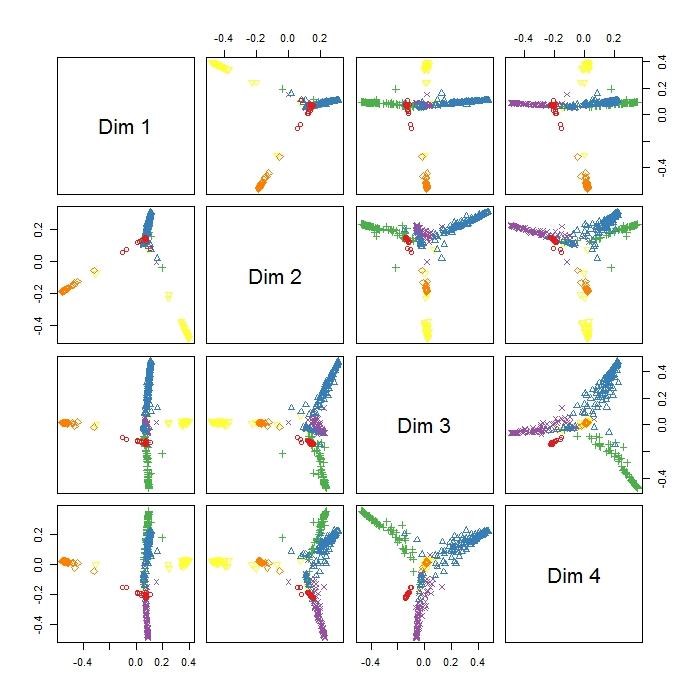 – randomForestSRC: Method of random forests for survival, regression and classification.

A random forest for survival is a mathematical tool that allows a large number of variables to be weighted in order to generate a predictive model of survival, and is normally used within the healthcare sector. 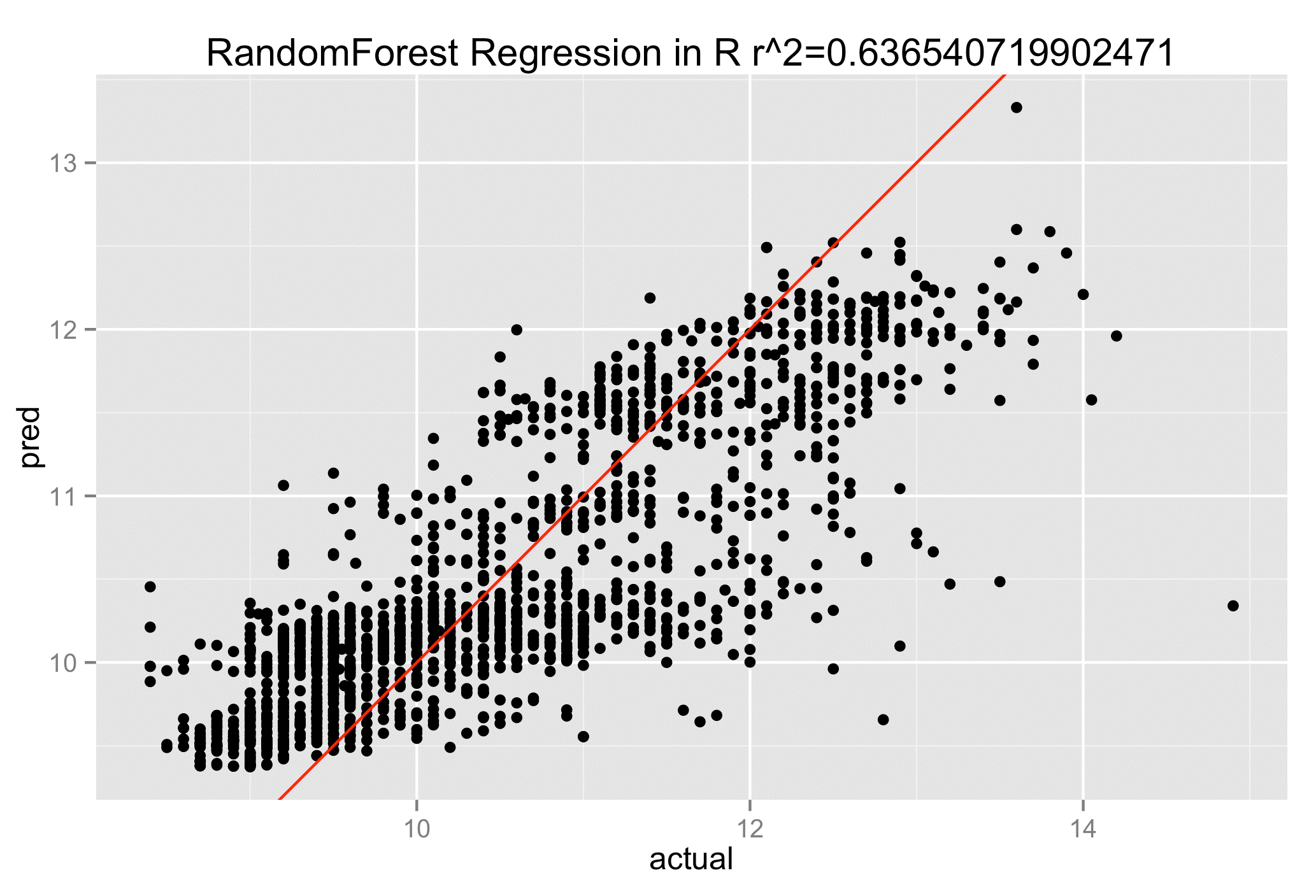 Among the other R packages widely used by data scientists:

It may interest you

The email message with your ebook is on the way

Please, if you can't find it, check your spam folder

The email message with your ebook is on the way

We have sent you two messages. One with the requested ebook and one to confirm your email address and start receiving the newsletter and/or other commercial communications from BBVA API_Market

Who is the Data Controller of your personal data?

What for and why does BBVA use your personal data for?

For those activities among the following for which you give your consent by checking the corresponding box:

For how long we will keep your data?

We will keep your data until you unsubscribe from receiving our newsletter or, if applicable, the commercial communications, events and surveys to which you have subscribed. Whether you unsubscribe or whether BBVA decides to end the service, your details will be deleted.

How can I unsubscribe to stop receiving newsletters and/or communications from BBVA API_Market?

You can unsubscribe at any time and without need to indicate any justification, by sending an email to the following address: contact.bbvaapimarket@bbva.com

To whom will we communicate your data?

We will not transfer your personal data to third parties, unless it is mandatory by a law or if you have previously agreed to do so.

What are your rights when you provide us with your information?

You can exercise before BBVA the aforementioned rights through the following address: contact.bbvaapimarket@bbva.com

You are responsible for the accuracy of the personal data you provide to BBVA and to keep them duly updated.

If you believe that we have not processed your personal data in accordance with regulations, you can contact the Data Protection Officer of BBVA at the following address dpogrupobbva@bbva.com.

Who is the Data Controller of your personal data?

What for and why does BBVA use your personal data for?

For the execution and management of your request, specifically, download the requested e-book/s.

BBVA informs you that, unless you indicate your opposition by sending an email to the following address: contact.bbvaapimarket@bbva.com, BBVA may send you commercial communications, surveys and events related to products and/or services of BBVA API Market through electronic means.

For how long we will keep your data?

We will keep your data as long as necessary for the management of your request, and to receive commercial communications, events and surveys. BBVA will keep your data until you unsubscribe to stop receiving our newsletters or, where appropriate, until the end of the service. Afterwards, we will destroy your data.

How can I unsubscribe to stop receiving newsletters and/or communications from BBVA API Market?

You can unsubscribe at any time and without need to indicate any justification, by sending an email to the following address: contact.bbvaapimarket@bbva.com

To whom will we communicate your data?

We will not transfer your personal data to third parties, unless it is mandatory by a law or if you have previously agreed to do so.

What are your rights when you provide us with your information?

You can exercise before BBVA the aforementioned rights through the following address: contact.bbvaapimarket@bbva.com

You are responsible for the accuracy of the personal data you provide to BBVA and to keep them duly updated.

If you believe that we have not processed your personal data in accordance with the regulations, you can contact the Data Protection Officer at the following address: dpogrupobbva@bbva.com

If you want to know more

We use our own and third-party cookies for analytics purposes and measurement of our website, to offer better functionality and personalization, as well as to show you advertising related to your preferences according to profiling based on your browsing habits. Check the Cookies Policy here for more information. By clicking "Accept", you accept that all cookies are saved in your device, or you can set up your preferred configuration or reject their use by clicking on "Cookie settings".

These are the advanced settings for first-party and third-party cookies. Here you can change the parameters that will affect your browsing experience on this website.

They are used to track the activity or number of visits anonymously. Thanks to them we can constantly improve your browsing experience

They allow the advertising shown to you to be customized and relevant to you. Thanks to these cookies, you will not see ads that you are not interested in.

The advertising is customized to you and your preferences.
Your choice means you will not see customized ads, only generic ones.

These cookies are related to general features such as the browser you use.

Your experience and content have been customized.
With your selection, we cannot offer you a continuously improved browsing experience.
Reject optimized and customized browsing
×

Looks like you’re browsing from Mexico, so let’s show you the custom content for your location. Change

Looks like you’re browsing from Spain, so let’s show you the custom content for your location. Change

In order to access the private area and corresponding sandbox, select the country of the APIs you want to use.